Navigate back to the homepage 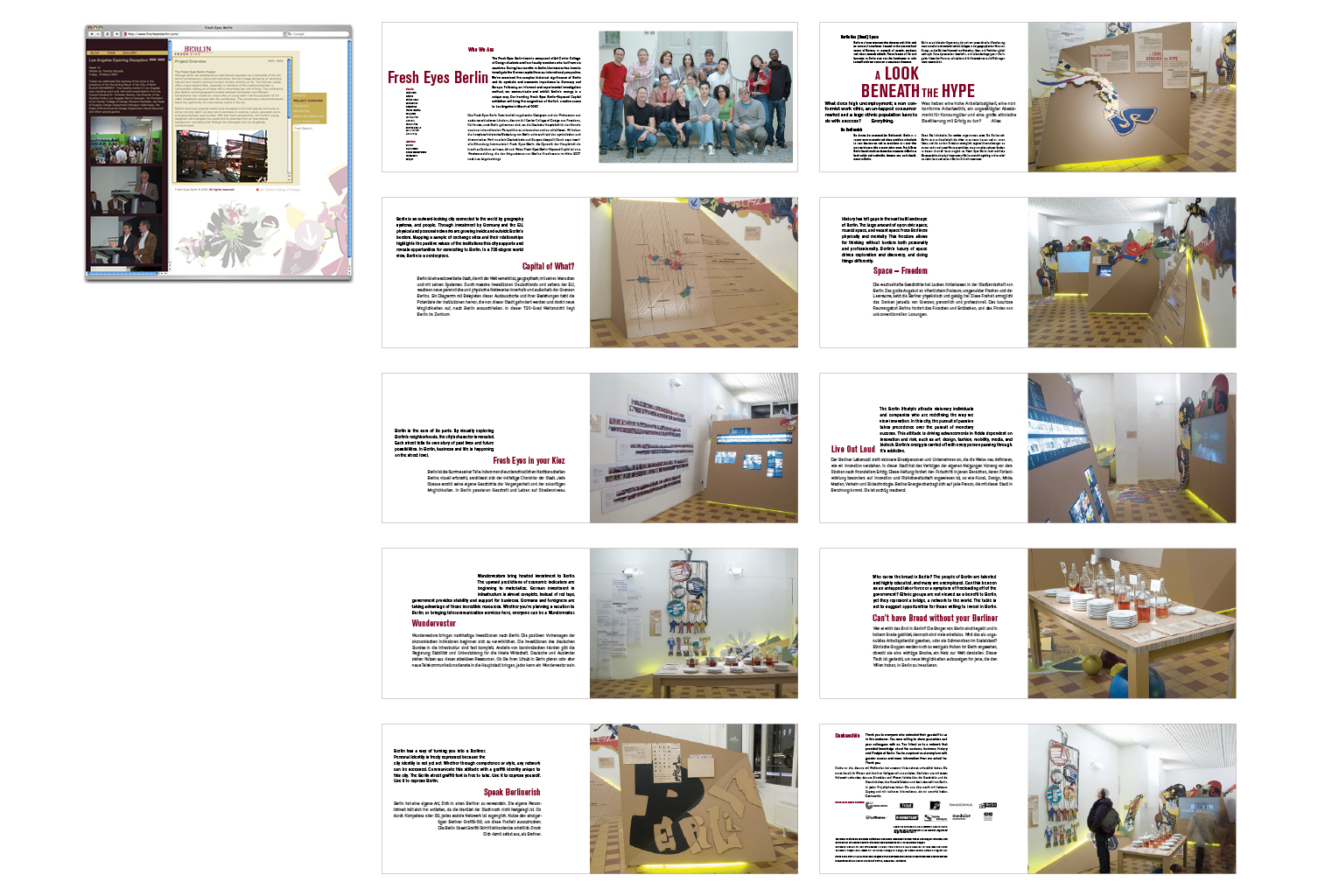 Fresh Eyes Berlin is a 14-week studio design project, in which Berlin is examined as a creative location and translated into a gallery exhibition, particularly aimed at an international audience. Re-defining the designer’s role from a mere problem solver into a proactive opportunity seeker, the team investigated the metropolis in a true 360 degree approach. We were inspired and coached by a group of Berlin’s leading figures and experts in design and media, science, business and politics.

Working with a team of 13 students, my role included the exhibit concept development, exhibit graphics, Fresh Eyes Berlin Web site and photo documentation. As team leader for the unifying “energy” graphics, I coordinated with the vender and client from concept to fabrication.

Timelapse video of the team working in the studio, setting-up the show, and running the show. 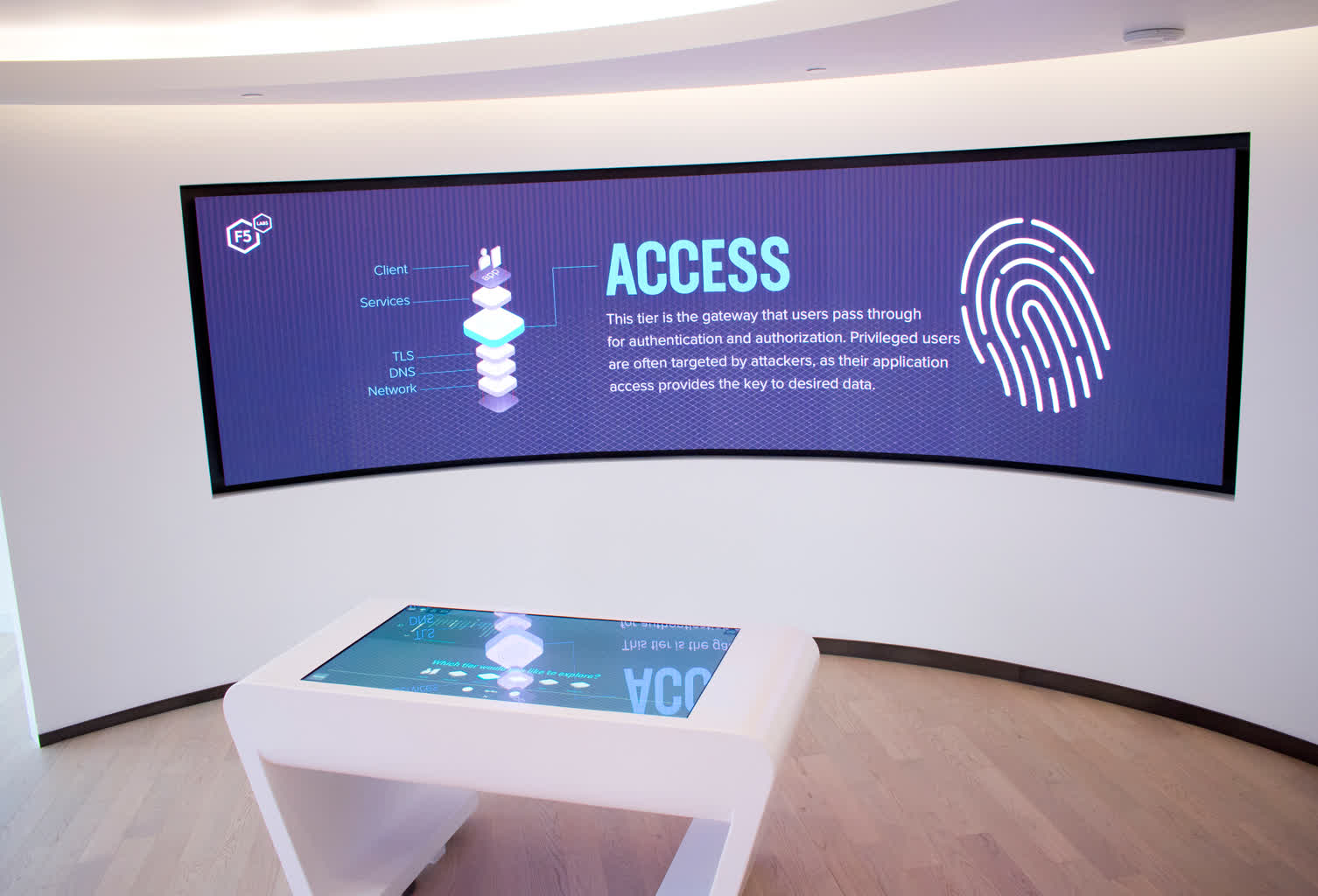 The F5 Networks Customer Engagement Center is located on the 48th floor of the F5 Tower in Seattle. Our team designed and produced two interactive platforms to enhance their customer experience and elevate the F5 brand.